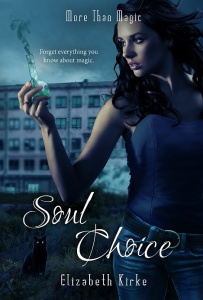 Forget everything you know… about magic…

Jen doesn’t know who people keep mistaking her for, but one thing is clear: her mystery double is not popular. When Jen is kidnapped by a group bent on revenge for something she never did, it’s up to her friends to rescue her. Little do they know, Jen’s captors are ready for them.

Thomas, TS, Charlie, Dani, and Mariana become the latest victims of a malicious experiment, one which could spell doom for magic-kind. Now their lives, and maybe their entire world, are in Jen’s hands. Unfortunately, escaping the facility is the least of their problems. The experiment is dangerous; one in three test subjects dies. And considering five of them are affected, the odds don’t look good.

Time is running out and Jen and her friends are faced with the hardest decisions they’ve ever had to make; how do you know who to trust, when your own mother isn’t who you thought she was? Just how much will you sacrifice for a friend, even if it’s your life?

And how can you make a choice when the wrong one means death?

“This book was simply amazing, the journey of emotions that you go through will astound you. I laughed, cried, gasped, squealed, and felt terrified for these characters I have come to know and love over the course of three books. A one point I actually had to put down my reader just to let my emotions settle enough for me to continue on. In short this book is one of the best books I have read in years, and I know that I will be reading it (and more by such a talent story-weaver as Elizabeth) for years to come. “- Amazon Reviewer 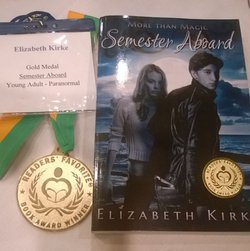 Elizabeth Kirke wanted to be an author before she even knew what an author was. She used to say that she wanted to be an artist, but that was only because she was too young to write and had to tell stories with pictures instead. She hasn’t stopped writing since she learned how. It wasn’t long before she dreamed of becoming an author and couldn’t be happier now that that dream is a reality.

Like most slightly-nosy, avid readers, Elizabeth can’t resist trying to catch a peek at books she sees people reading when out in public to see if she can figure out what it is. While doing just that one day, she realized that it would probably be the coolest-thing-ever if she caught a complete stranger reading one of her books. That’s her new dream.